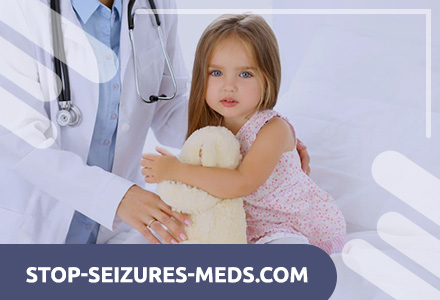 What is Immunodeficiency in Children?

Immunodeficiency in children is a condition that develops as a result of damage to one or more parts of the immune system. Conditions are manifested in recurrent and severe infections and, possibly, in an increased frequency of autoimmune manifestations and tumor formations.

With some immunodeficiencies, the child may have an allergic manifestation. That is, the conditions under consideration include not only sensitivity to infections, but also non-infectious pathology.

Secondary are the result of another disease or external exposure. Primary immunodeficiencies in children are less common, they are genetically determined diseases, which is caused by a violation of some or one of the immune defense mechanisms.

According to the 2006 classification, primary immunodeficiencies are divided into the following groups:

B-cell deficiency agammaglobulinemia is a form of total immunoglobulin deficiency, which is second most common after total variable immune deficiency. The disease begins due to a defect in the B-cell tyrosine kinase gene. Boys become ill with this form of immunodeficiency, and the disease manifests up to 12 months of the child’s life.

Causes of Immunodeficiency in Children

Primary immunodeficiencies are caused by gene defects that affect the immune system. Because the child is born already sick. A gene defect can appear immediately after conception, in such cases, parents do not have immunodeficiency.

Causes of secondary immunodeficiencies in children:

Pathogenesis during Immunodeficiency in Children

With secondary immunodeficiencies in children, the B-link (humoral), E-cell immunity is violated. There may also be violations in the system of non-specific defense factors. In other cases, defects are combined, leading to immunodeficiency.

Symptoms of Immunodeficiency in Children

The main manifestation of primary immunodeficiency in children is an abnormal susceptibility to infections, in which other manifestations of immune deficiency may be small or absent. For example, there are no autoimmune or allergic manifestations.

With Wiskott-Aldrich syndrome, there are allergic symptoms that are common. Autoimmune lesions are found in 6% of children. In some primary immunodeficiencies, such manifestations as autoimmune endocrinopathies, hemolytic anemia, scleroderma-like syndrome, rheumatoid arthritis are common. Also, for the primary form of immunodeficiency, typical viral hepatitis, infectious cytopenias, reactive arthritis, which are referred to as pseudo-autoimmune lesions.

With primary ID in children, infections are chronic or recur, and they sometimes progress. Also, infections in these cases differ in that they affect many organs and tissues. The body in the process of treatment cannot completely cleanse itself of the pathogen, therefore the disease-treatment-recovery-disease cycle can be repeated several times. Children are susceptible to many pathogens simultaneously in the primary form of ID.

The symptoms of hyper-IgM syndrome are:

The symptoms of secondary immunodeficiency in children are similar to those listed above:

Diagnosis of Immunodeficiency in Children

Diagnosis of immunodeficiency in children consists in taking anamnesis and asking about the complaints of the child and parents. Family history analysis is important because a family history of immunodeficiency is present if the child has an underlying disease. The child is examined to assess the condition of the skin, mucous membranes, the size of the liver, spleen, lymph nodes, etc.

With regard to laboratory tests, a CBC is important to determine the number of different cells, which may indicate a certain immunodeficiency in children. You should also determine the amount of proteins in the blood, which affect the body’s ability to resist bacterial and other infections. Such studies of lymphocyte function, molecular genetic research are carried out.

Prenatal diagnosis is recommended if the family has already had a child with primary immunodeficiency. This method allows you to identify the presence or correspondence of a defect in genes.

Treatment of Immunodeficiency in Children

Isolation of patients with sources of infection is important in the treatment of primary immunodeficiency in children. When infectious exacerbations do not appear, the child can fully communicate with friends and go to educational institutions. It is important that the child does not develop bad adult habits. You need to follow the rules of hygiene in caring for your body.

Children with primary ID with all forms of severe total antibody deficiency and deep cellular immunodeficiency cannot be vaccinated with live vaccines against:

Those who live with a child with primary immunodeficiency can only be vaccinated with inactivated polio vaccine.

Antimicrobial treatment of patients with primary ID consists in prescribing broad-spectrum antibiotics in case of threat of infection (combined sulfonamides are also effective). If the drug quickly fails, it must be changed. If there is an effect, it is used for at least 3-4 weeks. The administration of drugs should be intravenous or parenteral. At the same time, antifungal and, in the presence of certain indications, antiviral, antimycobacterial and antiprotozoal agents are used.

With immunodeficiency, a child may need long-term antimicrobial therapy – over many years or throughout his life.

Treatment of children with immunodeficiency and influenza:

In case of chickenpox or Herpes simplex, children with primary immunodeficiency are prescribed acyclovir. Parainfluenza is treated with ribavirin. Molluscum contagiosum should be treated with topical cidofovir. Your child should take prophylactic antibiotics before surgery and dental procedures. Most often, dicloxacillin or amoxicillin are used, 0.5-1.0 grams are needed per day.

Correction of immune deficiency in children:

Immunoreconstruction methods are based on bone marrow transplantation or stem cells obtained from umbilical cord blood. In case of primary immunodeficiency in children, replacement therapy is most often based on the appointment of allogeneic immunoglobulin. In recent years, it has been administered intravenously. Such drugs are expensive because the manufacturing technology is very complex. Abroad, in medical practice, subcutaneous infusions of 10-16% immunoglobulin are often found, which was originally recommended for injection into the muscle.

Treatment of children with PID with total defects in antibody production
Replacement therapy with immunoglobulin preparations (administered intravenously) plus antibacterial agents is required. Immunoglobulins in such cases are used for therapy 1 time in 3-4 weeks throughout life from the moment of diagnosis. To ensure the prevention of bacterial infections, constant therapy with antibacterial drugs in dosages appropriate for the child’s age is needed.

For the treatment of exacerbations of bacterial infection, parenteral antibiotic therapy with broad-spectrum antibiotics is required. With CVID and hyper IgM syndrome, antiviral and antifungal agents are constantly used (they can also be used in courses, the doctor determines this individually). Children with X-linked hyper IgM syndrome need treatment with bone marrow transplant from an HLA-identical donor.

Secondary immunodeficiency treatment
The therapy is mainly immunotropic, which is divided into 3 directions:

The choice of immunotropic treatment depends on the severity of the infectious-inflammatory process and the detected immunological defect. Vaccine therapy in these cases has a preventive role, it is used only when the symptoms of diseases recede.

Immunotropic treatment of secondary immunodeficiency in children
The effectiveness of antimicrobial treatment can be increased through the simultaneous use of immunomodulators, which are often used to treat secondary immunodeficiency. Immunomodulators should often be complex together with etiotropic treatment of the infectious process. The dosage and regimens are prescribed by the doctor, they must comply with the instructions of the drug. In case of ineffectiveness, only a doctor can correct the treatment regimen or drugs.

In the acute phase of an infectious disease, immunomodulators are used with caution. Cytokines are prescribed only if there is lymphopenia, leukopenia, low spontaneous neutrophil activation. Otherwise, they can induce a severe systemic inflammatory response resulting in septic shock. In such cases, polyoxidonium is safe. It has not only an immunomodulatory effect, but also has antioxidant and detoxifying properties.

Immunostimulants for the treatment of immunodeficiency in children
Among systemic immunomodulators, preparations of interferon inducers are effective – Lavomax tablets. Their active ingredient is tilorone 0.125 g. It activates cellular immune mechanisms. The synthesis of interferons with the introduction of Lavomax in the blood is determined 20-24 hours after taking the drug. Scheme of use: the first two days, 1 tablet, then 1 tablet every other day. The dose for one course for children is 10-20 tablets.

Prevention of Immunodeficiency in Children

The key to good immunity of the child is adequate planning of pregnancy and a healthy lifestyle by the mother and father. It is important that the baby is eating right from birth. The best option would be natural feeding and timely management of quality complementary foods.

Children who eat well and in a balanced way will have strong immunity. The diet should contain as little “food waste” as possible: chips, carbonated drinks, purchased sauces, etc. In spring and autumn, vitamins may be prescribed to a child for preventive purposes. The diet at any time of the year should be rich in vegetables, fruits and berries.

The child should spend his free time in the fresh air. Active games are recommended. Physical inactivity causes not only obesity, but also a decrease in immunity. Children are encouraged to play sports. You can replace sports with physical education lessons plus gymnastics in the morning, it is also good to combine these methods with hardening. Hardening should be started only when the child is not sick with anything.

Children are encouraged to walk barefoot on the ground from the moment they learn to walk. There are points on the feet that receive micromassage. In summer, it is better to send a child from a big city to a children’s camp, which is located by the sea or in a pine forest.

The psychological attitude of the baby is important. It is necessary that in his life there was a minimum of stress. The family should have a favorable emotional environment. Quite a negative effect on the emotional state and, accordingly, on immunity, quarrels of parents and their problems, which the mother and father carry into the family. Children should be surrounded by well-being and tranquility, as well as love from relatives. In stressful situations, it is better to distract the child with toys, active games, etc.

Natural preparations can be used to stimulate immunity: Chinese magnolia vine, ginseng, immunal. Most often they are used when there is a raging epidemic of SARS, flu, etc. But this must be done as directed and under the supervision of the attending physician.