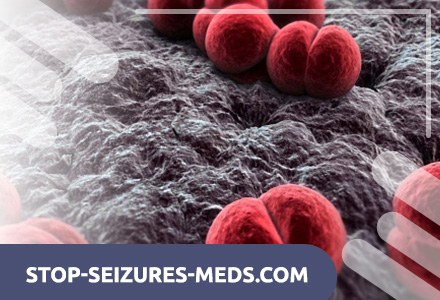 What is Meningococcal Infection?

Meningococcal infection is not a common disease: not every district doctor in his entire practice faces at least one such patient. And not always the students of medical, pediatric faculties in the process of learning can demonstrate the patient with meningococcemia, not to mention the students of the dental, pharmaceutical and other faculties, where the course of children’s infectious diseases has been abolished. Therefore, it will not be superfluous to remind someone, but for the first time to find out about the features of this disease. After all, mistakes that lead to the loss of precious time, sometimes costing a child’s life, more often occur precisely at the prehospital stage.

Meningococcal infection is an anthroponotic disease transmitted by airborne droplets and characterized by a wide range of clinical manifestations: from meningococcussions to meningitis and severe meningococcal sepsis with a fulminant course.

The causative agent of meningococcal infection is Gram-negative diplococcus Neisseria meningitidis, highly sensitive to environmental factors: it dies when the temperature, humidity, solar radiation intensity changes, and is whimsical to the conditions of cultivation. Outside the body, vitality is maintained for no more than 30 minutes. Known 13 serotypes of the pathogen. Epidemiological significance in Ukraine are serotypes A, B, C. Occasionally there are polyagglutinating strains. With direct microscopy of blood and cerebrospinal fluid, the pathogen is detected intra- and extracellularly in the form of co-located cocci in the form of coffee beans. In the cell membrane of the microbe there is a lipopolysaccharide, which is responsible for the endotoxin-like effect in meningococcal sepsis.

Epidemiology
In most developed countries, the prevalence of meningococcal infection is 1-3 cases per 100 thousand population, occurs at any age, however, 70-80% are children up to three years. Children of the first three years, especially the first year of life, are most susceptible to the development of hypertoxic (over-acute) infections.

There are epidemiological increases in the incidence of disease every 10–20 years, which is associated with a change in the causative agent and a change in the immunological structure of the population (an increase in the susceptible stratum due to born children, reduced immunity in adults). There are also seasonal increases in the incidence (March-April-May), although patients with this infection are recorded throughout the year.

The source of the disease is a sick or bacillicarrier. The transmission mechanism is airborne. The most infectious patients with catarrhal phenomena from the nasopharynx. Healthy carriers also have epidemiological significance, since their number is hundreds of times higher than the number of patients. It is known that a harbinger of the next rise in incidence is the increase in the number of carriers of meningococcus. In children’s groups, close long-term contact indoors contributes to infecting children, especially in bedrooms. Susceptibility to meningococcus is quite high. But the peculiarity is that the characteristic clinical picture is observed only in 0.5% of those infected. Familial susceptibility to meningococcal disease is extremely rare. In these families, there were cases of meningococcemia and meningitis of different children at different times (with an interval of several years), as well as repeated cases of the disease in one of these children.

Mortality of children of the first year of life is the highest. The main reason is hyperacute meningococcal sepsis with the development of infectious toxic shock (ITS), as well as severe purulent meningitis, complicated by edema-swelling of the brain. Great impact on the outcome of the disease have the timeliness of diagnosis, timeliness and correctness of the initiated treatment.

The causative agent has tropism to the mucous membrane of the nasopharynx, on which it multiplies under certain conditions, secreting with nasopharyngeal mucus into the external environment, which corresponds to the most common form of infection – meningococcus congestion.
In so-called healthy carriers, chronic inflammatory changes in the nasopharynx are often detected. The frequency of detection of carriage exceeds the incidence of the disease by approximately 20 thousand times. The diagnosis is based only on bacteriological confirmation – the allocation of meningococcus from nasopharyngeal mucus. In other cases, acute inflammatory changes of the nasopharyngeal mucosa occur – meningococcal nasopharyngitis, which is clinically no different from the banal. The diagnosis is also established only on the basis of positive results of bacteriological research.

In some patients, meningococcus, overcoming local barriers, enters the bloodstream. It can be transient bacteremia without clinical manifestations or the classical picture of meningococcemia – meningococcal sepsis develops. In this case, a massive decay of meningococci occurs with the release of a large amount of endotoxin. Meningococcal endotoxin is a strong vascular poison. When it acts on the vascular endothelium, microcirculatory disorders occur, as well as hemocoagulation disorders of the thrombohemorrhagic type, which leads to disseminated intravascular coagulation (DIC) with the formation of extensive hemorrhages on the skin and in the internal organs, including in the kidneys, adrenal glands, in the substance brain, myocardium, membranes of the eye, etc.

With hemorrhage in the adrenal cortex, ITS develops, which manifests itself in acute adrenal insufficiency syndrome (Waterhouse-Friederichsen syndrome) – a rapidly progressing collapse with a drop in blood pressure, a threadlike pulse, a disorder in microcirculation, and often impaired consciousness.

Overcoming the blood-brain barrier, the pathogen causes an inflammatory process of the meninges – meningitis. Possible damage to the substance of the brain – encephalitis. In severe cases, meningitis is complicated by edema-swelling of the brain substance.
Immunity for meningococcal infection is unstable, type-specific.

The clinic of meningococcal nasopharyngitis does not differ from nasopharyngitis in acute respiratory infections. Body temperature ranges from normal to subfebrile, lasts about three days. Mild headache, nasal congestion may bother. Catarrhal manifestations are not expressed. Hyperemia of the pharynx is not bright, with a cyanotic hue. Some patients have a mucopurulent path along the posterior pharyngeal wall. Meningococcal nasopharyngitis precedes generalized forms of the disease, but often goes unnoticed.
Meningococcemia begins suddenly, but a prodrome in the form of nasopharyngitis is possible. The temperature rises sharply to 38-39 ° C, there is chills, pain in the muscles and joints, headache, and often vomiting. The most characteristic symptom is a hemorrhagic rash that appears at the end of the first – the beginning of the second day, rarely later.

A rash can occur in the first hours from the onset of the disease, which is characteristic of very severe forms of the disease and is a prognostically unfavorable sign. The first elements of the rash look like small light pink spots on the trunk and extremities – this is a prodromal or rash rash. Very often, these rashes are interpreted as allergic, which are a reaction to taking antipyretic or other drugs. Soon, the spotted elements fade away and hemorrhages appear, ranging in size from petechial to larger, with irregular contours, “star-shaped”, “process”, on a pale skin background they resemble a picture of a starry sky. The rash is located mainly on the lateral surfaces and lower body, on the hips. Necrosis appears in the center of hemorrhages, the rash darkens, becomes larger, its amount increases, sometimes it becomes confluent, affecting significant areas. More often it is the distal parts of the limbs, the tips of the toes, hands. Possible necrosis and dry gangrene of the auricles, nose, phalanges of the fingers. The appearance of a rash on the face, eyelids, sclera, auricles is also a prognostically unfavorable sign.

Hemorrhages in the mucous membrane of the eye may be observed. In severe cases – nasal, uterine, gastrointestinal, renal bleeding.

A progressive worsening of the patient’s condition leads to the appearance of signs of ITS of varying degrees.

Purulent meningitis. The onset of the disease is acute: a sudden rise in body temperature to 39-40 ° C and above. Parents sometimes indicate the exact time of illness of the child. The main complaint is a severe headache of a spilled character in the forehead, the nape, which quickly intensifies, becomes unbearable. Repeated vomiting without previous nausea is characteristic, usually not associated with eating, drinking, not bringing relief. Analgesics that have a weak and short-term effect are ineffective in the future. General hyperesthesia, hyperacusia, photophobia are characteristic.

Young children, aspiring with poor health to their mother’s arms, prefer to stay in bed with meningitis so that they are not disturbed, as if freezing, because any movement intensifies the headache. The patient chooses in bed a forced gentle position on his side with his head thrown back and his knees brought to his stomach. Symptoms of Kernig, Brudzinsky are positive. Stiff neck. In infants, a fontanel is stressed and bulging, but with frequent vomiting, a large fontanel may be sunken. A positive symptom of Lessage (a symptom of hanging), when the baby supported by the arms, presses the legs bent at the knees, and holds them in this position. In the first hours of the disease, the child is excited, later replaced by lethargy, lethargy. Perhaps the appearance of seizures, loss of consciousness. Lumbar puncture followed by examination of the cerebrospinal fluid allows you to confirm the diagnosis of meningitis. Usually the cerebrospinal fluid is cloudy, neutrophilic cytosis predominates. In the clinical symptoms of mixed forms, symptoms of both meningitis and meningococcemia may predominate.

Often with meningitis and meningococcemia, herpetic eruptions appear on the mucous membranes of the face, fingers, toes, and other parts of the body.

Generalized forms of meningococcal infection may be accompanied by the appearance of mono- and polyarthritis. More often small joints of the hands, feet, and less often large joints – the knee, ankle, and hip are affected. As a rule, the process is one-sided. Combined lesions are possible. The course of arthritis is favorable, but requires additional medical prescriptions.

Complications
The clinical course of meningococcal disease and the patient’s recovery depends on timely diagnosis and adequate treatment. The patient’s admission to the hospital with meningitis one day after the onset of the disease is considered late. At the same time, the likelihood of complications and an adverse outcome increases. With timely and proper treatment, the disease ends in complete recovery. One of the complications is damage to the auditory nerves, leading to varying degrees of unilateral or bilateral hearing loss. Bacterial complications are most common in infants – ventriculitis, hydrocephalus, subarachnoid empyema, brain abscess, paresis, paralysis. Complications of meningococcemia are associated with long-term non-healing extensive necrosis, with their secondary infection.