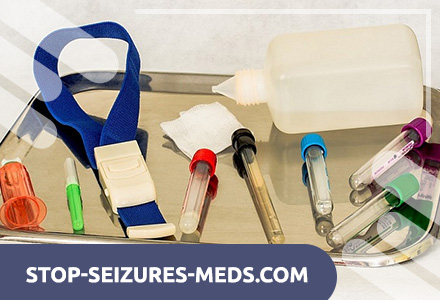 What is Paratyphoid C?

Paratyphoid C – an acute infectious disease with a fecal-oral mechanism of transmission, similar in pathogenesis and main clinical manifestations to typhoid fever.

The causative agents of paratyphoid fevers belong to the genus Salmonella, a family of intestinal bacteria. Their morphological and cultural properties are not much different from the causative agent of typhoid fever and other Salmonella groups. They have 8–20 flagella providing their mobility, are optional anaerobes, gram-negative, grow well on ordinary nutrient media, differ from each other in the composition of O- and H-antigens. Paratyphoid B Salmonella may have an M-antigen, which belongs to the group of surface K-antigens, as well as a Vi-antigen that is different from that of typhoid bacteria. Salmonella paratyphoid C, belongs to the C1 group (O-antigens – VI, VII).

Paratyphoid C, occurring in the form of food toxicoinfection and in other forms (rarely occurs, mainly in persons weakened by another infection or chronic disease. Paratyphoid pathogens are excreted in feces and urine; they are stable in the external environment (they survive in milk at 18–20 ° C for up to 10 days, in soil for several months. Transmission factors are water, food, flies, and infected objects.

In the nature of the development of the pathological process, 3 forms are distinguished:

Paratyphoid C in our country is registered much less frequently than paratyphoid A and B, more often occurs:

Treatment and prevention of paratyphoid A, B and C are the same as in typhoid fever. Paratyphoid treatment is carried out with antibiotics, along with them antifungal, antihistamines, vitamin C, B vitamins and others, including vitamin U, are prescribed for 2-3 weeks in order to accelerate the repair of the intestinal mucosa. To increase the nonspecific resistance of the body, pentoxyl, metacil, and immunoglobulin are prescribed intravenously. In severe cases of the disease, syndromic therapy is performed.

In order to activate the T-system of immunity, complex therapy should include the appointment of immunostimulating and immunocorrecting agents such as levamisole, tactivin, etc.

All patients with paratyphoid A, B or C, including children, are subject to mandatory hospitalization. Bed rest is prescribed throughout the febrile period of the disease, while careful care of the oral cavity and skin is necessary. A full-calorie and quality diet corresponding to the age of the child is also prescribed from the first days of the disease. In order to avoid overloading the gastrointestinal tract, products containing coarse fiber, spicy and irritating food products, as well as potatoes and whole milk that provoke enteritis syndrome are completely excluded. The transition to a normal diet is allowed on the 15-20th day after the establishment of normal body temperature. Oral or infectious dehydration is indicated for toxicosis with exsicosis.

In order to prevent paratyphoid A, B and C, it is necessary to follow sanitary and hygienic requirements, which include personal hygiene, the organization of proper water supply, sewage, compliance with the technology of collection, manufacture, transportation and sale of food products, as well as the provision and implementation of sanitary-educational work.

One of the important preventive measures that prevent the spread of paratyphoid fever is the early detection and isolation of patients, as well as bacteriostatic agents.