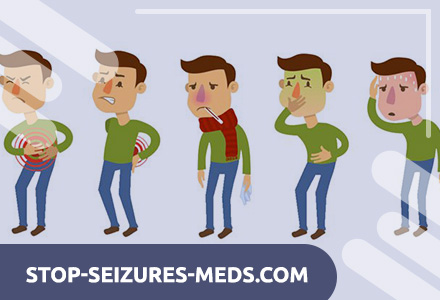 What is Foodborne Disease Infection?

Foodborne diseases – acute infectious diseases caused by opportunistic bacteria producing exotoxins. When microorganisms get into food, toxins accumulate in them, which can cause poisoning in humans.

Brief historical information
For many centuries, mankind has been known that eating poor-quality products, especially meat, can lead to the development of vomiting and diarrhea. After the description of P.N. Lashchenko (1901) of the clinical picture of staphylococcal food intoxication, it was found that diseases with diarrhea syndromes and intoxication can cause opportunistic bacteria. As a result of the work of domestic researchers, these diseases are attributed to the group of foodborne diseases.

Foodborne toxicoinfection causes a large group of bacteria; the main pathogens are Staphylococcus aureus, Proteus vulgaris, Bacillus cereus, Clostridium perfringens, Clostridium difficile, representatives of the genera Klebsiella, Enterobacter, Citrobacter, Serratia, Enterococcus, etc. Pathogens are widely distributed in nature, have pronounced resistance and are able to reproduce in environmental objects. All of them are permanent representatives of the normal microflora of the intestines of humans and animals. Often, the diseased fail to isolate the pathogen, since the clinical picture of foodborne toxicoinfections mainly determines the effect of microbial toxic substances. Under the influence of various environmental factors, conditionally pathogenic microorganisms change such biological properties as virulence and resistance to antibacterial drugs.

Epidemiology
The source of infection is various animals and people. Most often these are persons suffering from purulent diseases (panaritiums, tonsillitis, furunculosis, etc.); among the animals are cows and sheep suffering from mastitis. All of them secrete the pathogen (usually staphylococcus), which enter the food products during their processing, where bacteria multiply and accumulate. Epidemiological danger are both sick and carriers of pathogens. The period of contagion of patients is small; regarding the timing of bacteriocarrier data are contradictory.

The causative agents of other toxicoinfections (C. perfringens, B. cereus, etc.) people and animals secrete into the external environment with feces. The reservoir of a number of pathogens can be soil, water, and other environmental objects contaminated by animal and human excreta.

The transmission mechanism is fecal-oral, the main transmission mode is food. For the emergence of foodborne diseases caused by opportunistic bacteria, a massive dose of pathogens or a certain time for its reproduction in food products is necessary. Most often, food toxicoinfections are associated with contamination of milk, dairy products, canned fish in oil, meat, fish and vegetable dishes, as well as confectionery products containing cream (cakes, pastries). The main product involved in the transfer of clostridia is meat (beef, pork, chicken, etc.). The preparation of some meat dishes and products (slow cooling, repeated heating, etc.), the conditions for their implementation contribute to the germination of spores and the propagation of vegetative forms. Various objects of the external environment are involved in the relay transmission of the pathogen: water, soil, plants, household items and patient care. Products containing staphylococcal and other enterotoxins, in appearance, smell and taste do not differ from benign ones. Diseases occur in the form of sporadic cases and outbreaks. They are more often recorded in the warm season, when favorable conditions are created for the reproduction of pathogens and the accumulation of their toxins.

The natural susceptibility of people is high. Usually, most people who have consumed contaminated food will become ill. In addition to the properties of the pathogen (sufficient dose, high virulence) for the development of the disease requires a number of contributing factors from both the microorganism and the microorganism (reduced resistance, the presence of associated diseases, etc.). More susceptible individuals at risk: newborns, weakened individuals, patients after surgery, or long-term antibiotics, etc.

Major epidemiological signs. Diseases caused by conditionally pathogenic microorganisms are widespread. Outbreaks are family-like or when food contaminates in catering establishments, diseases can be dispersed among the population. The number of cases determines the number of people who consumed a contaminated food product, and can vary significantly. In particular, group diseases are very characteristic among passengers of ships, tourists and members of children’s and adult organized groups. Outbreaks are usually explosive in nature. Any features on the socio-age and gender composition is not revealed. Diseases are more often recorded in the summer. Depending on the type of food product among the sick, children or adults predominate. In addition to food and household outbreaks are possible, in most cases occur in a hospital setting. Outbreaks of nosocomial infections caused by C. difficile are associated with prolonged use of antibiotics. In water outbreaks, as a result of fecal contamination, other pathogens of acute intestinal infections are secreted simultaneously with opportunistic microorganisms simultaneously.

A common property for all causative agents of foodborne toxicoinfections is the ability to produce various types of exotoxins (enterotoxins) and endotoxins (lipopolysaccharide complexes). It is thanks to the peculiarities of the action of these toxins that a certain peculiarity is noted in the clinical manifestations of food toxicoinfections caused by various pathogens. The exceptionally important role of bacterial toxins in the development of foodborne diseases and indicates a relatively short incubation period of the disease.

Depending on the types of toxins, they can cause hypersecretion of fluid into the intestinal lumen, clinical manifestations of gastroenteritis, and systemic manifestations of the disease in the form of intoxication syndrome.

Bacterial toxins realize their action through the production of endogenous mediators (cAMP, PG, interleukins, histamine, etc.), which directly regulate structural and functional changes in organs and systems detected in patients with foodborne toxicoinfection.

The similarity of the pathogenetic mechanisms of food toxicoinfections of various etiologies determines the commonality of the basic principles in the approaches to therapeutic measures in these diseases, as well as in salmonellosis and campylobacteriosis.

The incubation period. It usually amounts to several hours, but in some cases it can be shortened to 30 minutes or, conversely, extended to 24 hours or more.

Despite the polyetiological nature of foodborne toxicoinfections, the main clinical manifestations of intoxication syndrome and water-electrolyte disorders in these diseases are similar to each other and are little different from those for salmonellosis. Diseases are characterized by an acute onset of nausea, repeated vomiting, and loose stools of an enteric nature from several to 10 times a day or more. Abdominal pains and a temperature reaction may be minor, however, in some cases severe cramping abdominal pains, a short-term (up to a day) increase in body temperature to 38-39 ° C, chills, general weakness, malaise, headache are observed. pallor of the skin, sometimes peripheral cyanosis, cooling of the extremities, pain on palpation in the epigastric and umbilical regions, changes in heart rate and decreased blood pressure. being published and demineralization depends on the volume of liquid lost by the patient with vomiting and diarrhea. The disease is short and in most cases is 1-3 days.

At the same time, the clinical manifestations of foodborne toxicoinfections have some differences depending on the type of pathogen. Staphylococcal infections are characterized by a short incubation period and rapid development of the symptoms of the disease. The clinical picture is dominated by signs of gastritis: repeated vomiting, sharp pains in the epigastric region, resembling gastric colic. The nature of the chair may not change. Body temperature in most cases remains normal or rises briefly. A pronounced decrease in blood pressure, cyanosis and convulsions can be observed already in the first hours of the disease, but in general the course of the disease is short-term and favorable, since changes in cardiohemodynamics do not correspond to the degree of water-electrolyte disorders. In cases of foodborne toxicoinfections caused by Clostridium perfringens, the clinical picture similar to that of staphylococcal infection is supplemented by the development of diarrhea with a characteristic liquid bloody stool, and body temperature remains normal. With foodborne illness infections caused by a vulgar protein, stool becomes fetid.

Differential diagnosis
Food toxicoinfection should be distinguished from salmonellosis and other acute intestinal infections – viral gastroenteritis, shigellosis, campylobacteriosis, cholera, etc., as well as from chronic gastrointestinal diseases, surgical and gynecological pathologies, myocardial infarction. Since the main pathogenetic mechanisms and clinical manifestations of foodborne toxicoinfections are not very different from those of salmonellosis, in clinical practice a generalized preliminary diagnosis of foodborne toxicoinfections is often made, and salmonellosis from this general group is isolated if it is bacteriologically or serologically confirmed.

Laboratory diagnostics
The basis is the allocation of the pathogen from vomit, gastric lavage and bowel movements. When sowing the pathogen, it is necessary to study its toxigenic properties. However, in most cases, excretion is negligible, and the detection of a specific microorganism in a patient does not yet allow him to be considered the culprit of the disease. In this case, it is necessary to prove its etiological role either by using serological reactions with an auto-strain, or by establishing the identity of pathogens isolated from an infected product and from individuals who consumed it.

The treatment of foodborne infections is similar to that for salmonellosis; gastric lavage, siphon enemas, early administration of enterosorbents (activated carbon, etc.), vitamins are shown. If necessary, rehydration therapy is carried out. Etiotropic treatment for uncomplicated food poisoning infections is not shown.

The basis for the prevention of diseases is compliance with the sanitary-hygienic and technological regime, norms and rules of the procurement, preparation, storage and sale of food products. It is necessary to ensure veterinary and sanitary control over animals that can contaminate soil, water and surrounding objects with pathogens. To prevent staphylococcal poisoning, measures are being taken to reduce staphylococcus carriage in workers of food enterprises (reorganization of staphylococcus carriers in the nasopharynx and on the skin, treatment of chronic inflammatory diseases of the tonsils and upper respiratory tract). It is necessary to remove from work directly related to the processing of food products and their manufacture, persons with pustular skin diseases, pharyngitis, tonsillitis and other manifestations of staphylococcal infection. Of great importance are monitoring compliance with the sanitary-hygienic regime at food enterprises and medical institutions, observing personal hygiene rules, and constantly conducting sanitary-educational work. It is important to properly store food products, to exclude the multiplication of foodborne toxicoinfection pathogens in them. The heat treatment of food products, the boiling of milk and meeting the deadlines for their implementation are extremely important.

Outbreak Activities
Similar to other acute intestinal infections. Dispensary observation of patients is not regulated.