Neurontin is used for treating seizures associated with epilepsy. Neurontin is an anticonvulsant.

The word "Gabapentin" has its roots from the word gamma-aminobutryric acid or more popularly known as GABA, one of the neurotransmitters in the brain. This can be because Gabapentin acts in the same way as GABA, it inhibits the nerves, and prevents them from being too excited. 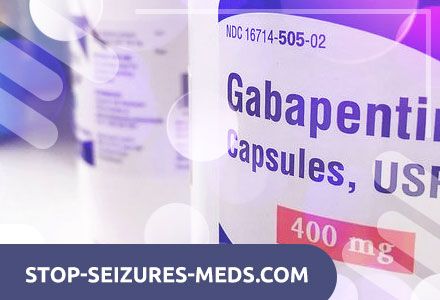 The vesicles in the brain releases various neurotransmitters during the process of exocytosis, where the membranes of the vesicles, bind with that of the brain's presynaptic button. Each neurotransmitter has a distinct function. For example, the neurotransmitter Norepinephrine acts as stimulant; it is very excitatory and is associated with the memory. If norepinephrine is a stimulant, GABA is a depressant, and prevents high neuroelectric activity. In layman's term, GABA can be likened to a parent reining in an unruly child.

GABA is geared primarily in controlling anxiety. When the brain recognizes certain stimuli such as stress, or fear or pain, it triggers groups of neurons to become hyperactive. GABA lessens the intensity of the simulation by calming and relaxing the nerves.

Almost five decades ago, in the 1970s, a Japanese who was looking for a muscle relaxant or an antispasmodic drug, was said to have discovered Gabapentin. Years later, Parke-Davis bought it and advertised its effectiveness in the treatment of epilepsy. In the earlier years, though, as it was doing its initial clinical studies, Parke-Davis decided to give Gabapentin in low doses only. It was a mere add-on, meaning it was partnered with another anticonvulsant drug. It wasn't until many years later, in the early 1990s that Gabapentin was approved by the Food and Drug Administration as a prescription drug. Now, Gabapentin is prescribed to patients in as doses as high as 800 mg or more per day.

Forms and Doses of Gabapentin

Gabapentin may be in capsule or tablet form. Gabapentin capsules are available in doses of 100mg, 300mg and 400mg while the tablets come in 600mg and 800mg doses. Gabapentin also comes in oral solution. The capsule form is more popular because it is the least expensive.

How To Take Gabapentin

You can take Gapabentin with an empty or full stomach. Taking it with or without food will not affect its absorption. However, antacids must not be taken within 2 hours of taking Gabapentin because it affects its absorption.

Gabapentin is widely used as an antiepileptic agent. It is use to treat seizures. It is also used in treating postherpetic neuralgia, trigeminal neuralgia and "restless leg syndrome". The drug is primarily for the treatment of pain.

Gabapentin is an anticonvulsant drug that helps minimize the convulsive episodes of epileptic patients. It attempts to correct the electrical impulses which causes epilepsy.

Postherpetic neuralgia or PHN is characterized by a persistent and most of the time, recurring pain in one or many areas of the body due to the herpes zoster (HZ) or varicella zoster virus (shingles).

It is believed that PHN is caused by the alteration or damage of the nerves, when the herpes zoster virus is reactivated and travels to the nerves of the skin, thereby heightening the reaction to pain, pressure and even touch.

Gabapentin is given to stabilize the abnormally high electrical activity in patients with PHN.

Gabapentin is given by doctors as a medication to patients with Trigeminal Neuralgia because it blocks off the pain signals given by the trigeminal nerve to the brain.

Restless Leg Syndrome is called as such because it is a neurologic disorder wherein a patient's leg feels uncomfortable, or restless. This causes the patient to move his leg, looking for ways or position to make them comfortable. These efforts are usually in vain.

Gabapentin is administered to patients experiencing Restless Leg Syndrome to prevent seizures and pain in conditions affecting the nervous system. Since the syndrome is worst at night time, Gabapentin works as a muscle relaxant to help the patient sleep soundly.

Off-Label and Unapproved Uses of Gabapentin

Due partly to the manufacturer's zealous efforts to promote the drug, Gabapentin has been used in various off-label medical conditions such as bipolar disorder, complex regional pain syndrome, migraine, attention deficit disorder, diabetic neuropathy and neuropathic pain. It is also used, albeit without approval in treating seizures experience during the detox process of alcohol withdrawal.

Although Gabapentin caused adverse effects and death in fetus of animals during laboratory testing, there were no tests to determine the effects of the drug to pregnant and lactating women. Gabapentin is not advised for people who are being treated for renal failure.

A study conducted in the Philippines was done to know the efficacy of Gabapentin in the prevention of neurophatic pain. It showed that the pain lessened significantly after the treatment after being given Gabapentin at a dose of 300mg/day to 1200 mg/day.

Another study conducted by Kasimcanet et al concluded that patients who have been given oral solution of Gabapentin have experienced a decrease in the level of their pain. It also concluded that Gabapentin can be utilized in managing acute and chronic radicular pain. 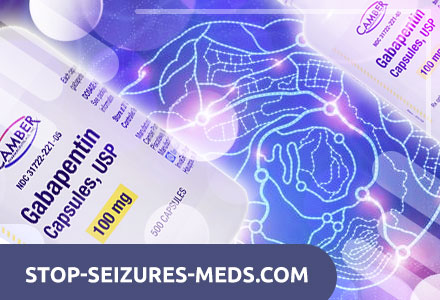 JA French et al did a study in 2004 to test the efficacy , tolerability and safety of gabapentin, among other drugs, in treating children and adult patients who are newly diagnosed with partial and general epilepsy. Results showed that Gabapentin is effective as monotherapy for adults and children with partial or mixed seizures.

Side Effects of Gabapentin

Some of the side effects, which can be mild to moderate, are tremor, sleepiness, double vision, jerky movements, agitation, unusual eye movement, difficulty in speaking and temporary loss of memory or amnesia. In a few cases, gabapentin have been reported to cause depression and violent behavior among users. It can also lead to panic attacks and insomnia.

Unfortunately, due to its availability in the market, and because it can be prescribed in very high dosages, there have been a growing number of people who abuse Gabapentin.

The association Drug Abuse Warning Network (DAWN) stated that there was a 90% increase in emergency room visits in the United States regarding non-medical usage of Gabapentin.

In December 0f 2016, the Ohio's Board of Pharmacy reported that it was the most prescribed medication during that month, even higher than oxycodone by 9 million doses. This prompted the Ohio Substance Abuse Monitoring Network to issue an alert on the increasing misuse of the drug.

GoodRx reported in May 2016 that Gabapentin is the fifth most prescribed pain killer in the United States.

Apparently, the selling of Gabapentin has been a very lucrative business in the United States. As early as 2001, Gabapentin sales had been reported to have reached a whopping $1.77 billion dollars. This figure is 57% greater than Gabapentin sales in 2000, which was recorded at $1.13 billion dollars only. That is a lot if you if you put into consideration that a 300mg tablet costs only 75 cents. Known by its street name "gabbies", Gabapentin is being used by substance abusers as an add-on drug. It has been found out that when it is combined with other substance, it enhances the effect of the substance to up to three times. Substance users recount that although Gabapentin is used as a sedative, it can give you a feeling of euphoria when combined with substance like opiods. It is even being utilized as a cutting agent for street heroin.

According to a study published in the 2006, a huge number of people who use and abuse opiates have a high tendency to misuse Gabapentin too.

Law enforcers as well as substance abuse counselors have been complaining that the misuse of Gabapentin has been getting in the way of the anti-drug addiction programs that they impose to substance abusers. Because it is not yet considered as a substance of abuse, there is no standard test for Gabapentin abuse. In fact, medical providers readily give out a huge quantity of Gabapentin for a neuropathic pain, unaware that they are being used arbitrarily. Gabapentin counteracts with the effects of the anti-drug addiction medication, giving off a feeling of beiing high even when the users strive to be substance free.

Not only is the abuse of Gabapentin rampant in the streets. It is also prevalent even inside the prison cells and correctional facilities. Because the drug is easy to prescribe and can be given inn escalating doses, some of the jail inmates get around into having Gabapentin prescribed to them. They go to the medical practitioners and give vague complaints about back pains. The practice has been going on for so long that the inmates are very used in making the doctors believe the authenticity of their medical complaints. Also, Gabapentin is not a controlled substance. It is under the radar unlike opiod and its counterparts. This is the reason why inmates are still able to get their "fix" even inside jail.

Side Effects of Gabapentin Abuse

Doctors usually prescribe between 1,800 to 2,400 mg of Gabapentin per day. Although Gabapentin overdose is not as fatal as opiod overdose, taking it high doses for a long period of time has its harmful consequences. For one, it is said to cause suicidal tendencies and suicidal behaviors to abusers. They are known to experience self-pity and speak about having no reason to live and about being a burden to others. They also often talk about killing themselves. They distance themselves from people and become withdrawn.