Epilepsy is a neurological disorder involving an abnormality in the electrical activity in the brain. It is chronic in nature, usually characterized by episodes of sudden, unannounced and recurrent seizures.

Seizures are caused by the sudden jolt of electrical activity in the brain. It is the main symptom that a person has epilepsy. This symptom is relative from person to person, as to its intensity and type. 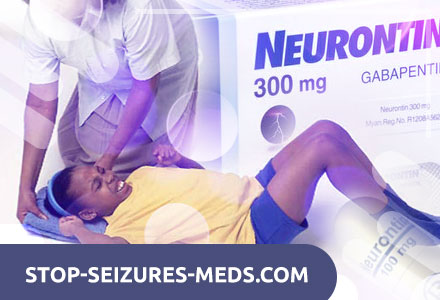 A mild seizure occurs for a short amount of time only. A person may lose focus for just a few seconds and may not even know that he experienced a seizure. A strong seizure can be alarming because it lasts longer, it can actually last for several minutes, with the person losing focus and consciousness, becoming confused, and having no idea about what happened.

Types of Seizures Related to Epilepsy

There are many types of seizures, but the main types are Generalized Seizures and Focal or Partial Seizures.

Difference Between the Two Types of Seizures

Generalized seizures are seizures that affect the entirety of the brain. Focal or Partial Seizures, on the other hand, is when only one part of the brain is affected.

There are six subtypes of Generalized Seizures, as follows: Absence, Myoclonic, Clonic, Tonic, Atonic and Tonic-Clonic.

It is also known as ac "petit mal seizure". Epileptic persons experiencing this type of seizure has a momentary but brief loss of awareness. He usually stares blankly and may do repetitive movements, such as, but not limited to blinking and lip smacking.

When this kind of seizure occurs, there is a spontaneous, almost involuntary twitching of legs and arms.

It causes an epileptic person to make repetitive jerky movements of the neck, arms and face.

This type of seizure has the ability to make the muscles stiff. An epileptic person in the tonic phase may have clenched muscles and a rigid body.

This is characterized by a loss of muscle control. A person in the atonic phase may fall down without notice.

A combination of the tonic and clonic phases, called Tonic-clonic Seizure is also dubbed as a "grand mal seizure" because of its severity. An epileptic person experiencing this type may experience involuntary shaking, biting of the tongue, stiffening of the body and loss of bowel and bladder control. It can also be preceded or followed by a loss of consciousness.

Subtypes of Focal or Partial Seizures

A person might experience an alteration with the way he smell, hear, see, touch, taste or hear. He may also experience a twitching, and sometimes, tingling of his limbs. Dizziness is also another symptom.

Aside from losing consciousness or awareness, the epileptic person may also be unresponsive. He might perform repetitive movements and may have a blank stare.

For about half of the people who suffers from epilepsy, there is actually no identifiable cause. For the rest, the following factors may be the responsible for the said condition: pre-natal injury, developmental disorders, brain conditions, head trauma, diseases and heredity.

Before being ushered into the world, babies stay in their mother's wombs for 9 months, allowing them to develop fully. Certain conditions, such as the mother having an illness or developing an infection during pregnancy or having poor nutrition or deficiency in oxygen can lead to brain damage and may result in cerebral palsy or epilepsy.

Neurofibromatosis and autism can be linked to the appearance of epilepsy.

A car accident, or accident of any other kind, that leads to brain trauma may cause epilepsy.

Diseases, especially infectious ones like encephalitis, AIDS or meningitis can cause epilepsy.

In actuality, there is a a fairly low risk of inheriting epilepsy. It is not automatic that parents with epilepsy will have epileptic children. What genes give you is your seizure threshold. A low seizure threshold that you inherit might make you more vulnerable to what triggers the seizures. A higher seizure threshold lessens your vulnerability to the epilepsy triggers. 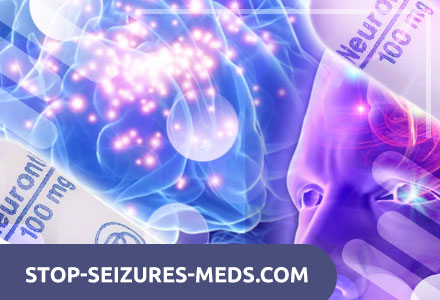 Certain situations, instances, and even food and beverage, can trigger an epileptic seizure. Some of these are bright flashing lights and/or patterns, high consumption of caffeine and alcohol, certain medicines, fever, lack of sleep and something as simple as skipping meals.

Dangers of Having Epilepsy

Depending of the gravity and the frequency of the seizures, epilepsy poses a threat to the well-being of a person. In some instances, an epileptic may collapse. Other times, they may be dazed or confused, as if in a trance. A part of their body may either grow stiff or jerk involuntarily. Most of the time, they do not remember anything when they come out of the daze. These instances heightens the risk of the epileptic to get hurt, since they have no control (and sometimes even have no idea) of what is happening to them and around them.

Other dangers may include:

The first and important symptom is when you experience a seizure or seizures. You have to go to the doctor, who will ask you to undergo a series of tests, in order to rule out other conditions that may have caused the seizure/seizures. Usually, a complete blood count is performed to check your glucose levels and blood and kidney functions. There will also likely be a neurological test to check your mental functioning and motor skills. Other tests you may be asked to undergo are: Electroencephalogram (EEG) , this is usually done to diagnose epilepsy, where you will be asked to perform specific tasks while electrodes are recording the electrical activity in your brain, revealing any abnormal brain wave patterns; CT Scan, MRI and PET.

When all else is ruled out and there is no apparent reason for your seizure, the doctor may confirm that you have epilepsy.

Difference Between Seizures Related to Epilepsy and Provoked Seizures

A seizure is experienced by people with epilepsy because there is a malfunction in the activity of the nerve cell. Its cause is often undetermined. Provoked seizures on the other hand, have an identifiable cause, like extremely low or high blood sugar levels, among others.

Sadly, epilepsy can not be cured. It can only be controlled and managed so there will be no compromise in the safety of the epileptic person. There are different ways to manage epilepsy.

Anticonvulsant or antiepileptic drugs may be prescribed to epileptic patients. These drugs may reduce the frequency, or even completely eliminate the seizures. The trick is to take the medicines religiously.

Devices, such as the Vagus Nerve Simulator, can help in managing epilepsy. It is placed, through surgery, under the skin of the chest. Its function is to stimulate the nerve running through the neck of the epileptic person. Medical studies show that this can help in lessening the episodes of seizures.

The Ketogenic Diet is recommended for epileptic children. This diet has gained controversy because unlike most diets, this diet is high in fats, with the presumption that the body will use these fats and convert them to energy, instead of glucose. This diet is low in carbohydrates.

The Atkins Diet is usually recommended for adults and adolescents experiencing epilepsy. Like the ketogenic diet, it is also high in fat and requires a controlled intake of carbohydrates.

Since these diets are aimed at treating epilepsy, they should be done with the supervision of a dietician, nutritionist or a doctor.

Another option, perhaps the last option, in the managing and treating epilepsy is surgery. Brain surgery is done to remove the part of the brain where the seizures originate from. This is called resection. Temporal lobectomy, the procedure where the temporal lobe is removed, may also be done to stop the seizures. Research shows that 81% of people who went under the blade become either completely or almost completely seizure-free six months after the surgery.

While most cases are manageable and are not exactly fatal, seizures should not be ignored. When you encounter someone having a Tonic-clonic type of Generalized Seizure, you have to be alert. The important thing is to give them some room to breathe. It is almost instinctual for people to form a crowd and watch someone having a seizure, but what should be done is actually the opposite. Give the person room. Do not stop their movements. Make sure you remove sharp or hard objects that he may hit himself with.

In the event that he falls, cushion his head. Do not put anything in the mouth of the person having a seizure. Call a doctor during the following conditions: when it is a child's first seizure, when the seizure is more than 5 minutes, when it is becoming a series of seizures, i.e. another one begins when one ends, or when the person gets injured because of the seizure. You have to keep a calm disposition when dealing with this condition.