There is absolutely no doubt that one of the miracles of the modern science is the ability to identify study and combat diseases that would have left scientists and doctors of the past century completely baffled. Such is the beauty of modern medical science.

If the human body were to be categorized as Organ systems, there would be about 11 main systems including circulatory, immune, muscle, respiratory etc. And while all these are vital for the normal function of our bodies, the nervous system is undisputedly the most complex and crucial component. From head to toe and right to left, we have nerves of all sizes running around the body, carrying "messages" to and from the brain to all organs. The slightest damage to any part of this system can have devastating impact on the individual, both physically and mentally. One such medical condition is neuropathic pain, which as the name suggests, is a disorder caused by a malfunctioning or damaged nervous system.

What we perceive as pain is actually a series of "messages" sent from the pain receptors in our skin. For example, when you fall off your bike and bruise your arm; the sensory receptors in your skin at the location of injury send signals using the nerve fibers as channels to the brainstem and all the way to the thalamus, a part of the brain which directs it further to different areas of the brain for interpretation. After the brain decodes the signal as something that is hurting you, the signal is moved to the limbic system, the emotional system of the brain, and finally you feel the pain and irritation. All of this in a fraction of a second - talk about miracles. 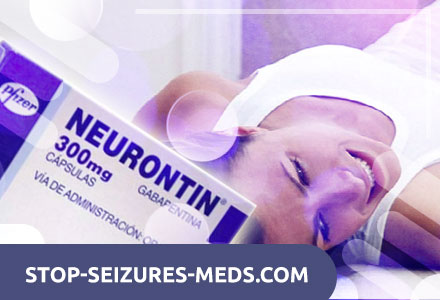 What if this absolutely breath-taking sequence of events described above was to malfunction? In some cases you wouldn't feel the pain, that is, when the pain receptors are dead. And in other cases you feel pain when there is no apparent reason for the pain. The latter is generally referred to as neuropathic pain - Pain caused by damaged or oversensitive nerve endings, where the sensory receptors get triggered without an input, and the brain gets tricked into believing that you are experiencing pain.

Although, modern sciences has been able to dissect this disorder using resources available today and study it to the depth as never done before, neuropathic pain has been recorded and studied by scholars as old as the medieval period. The medical experts of the time such as Rhazes, Ibn-e-Seena and Ali Abbas named it as "vaja al asab", which literally translates to nerve originating pain. Decades later, in the 18th century, another scientist by the name John Fothergill also studied this condition. However, the term 'neuropathy' was first published in a medical article called "Clinical Lecture on Neuropathy" by a medical scholar named Gordon in 1924.

While no obvious cause can be associated with neuropathic pain, there are several medical conditions and habits that can contribute greatly towards initiating this disorder or worsening an existing case of neuropathic pain. Some of the most common causes are mentioned below:

The most common symptoms associated with neuropathic pain are:

Since patients suffering from neuropathic pain usually refer to primary healthcare professionals, it is not immediately diagnosed.

The initial and most basic diagnosis is done during an interview where the doctor focuses on the terminology used by patients to describe the symptoms. If patients describe their pain as unexplained, or if the doctor cannot identify a cause, he or she reviews the patient's medical history to identify a cause. This includes everything from medical records to lifestyles to family history. To understand more about the case neurological exams may be used to examine reflexes, posture, muscle strength and coordination.

Other tests used to diagnose neuropathic pain include:

These precise sensory tests are usually enough to reach a diagnosis. For further study, techniques like quantitative sensory testing and laser evoked potentials are also employed in the assessments.

Pain Management is a vast topic, both in practice and research. It is beyond doubt, that neuropathic pain can have adverse effects on the patient's standard of living, and can cause severe stress and anxiety making everyday tasks very difficult. Several anti-depressants are prescribed to the patients. In cases where the cause of neuropathic pain cannot be identified or reversed, medical treatments and pain killers are used to allow the gradual and usually slow healing of the damaged nerves. If the pain is not addressed adequately and timely, the pain management is more tedious and requires equally aggressive treatment.

Since, there is no particular and definite treatment for neuropathic pain, the doctors target the symptoms and work their way into relieving the symptoms and also aim at restoring the patient's daily life. It is important to note that like several other medical conditions, if the treatment is received at an earlier stage, the results are more promising than if it is delayed. Nerve damage is difficult to reverse completely and hence the process of rehabilitation is a slow and steady one.

Some medical drugs are prescribed for such patients to help them cope with the symptoms. These include:

Neural damage and the accompanying neuropathic pain can be very testing for the patients and their families. While scientists, researchers and doctors do their best to stay ahead of diseases and medical conditions, there is a lot to be done in this field. Several institutions around the world are working endlessly towards understanding this condition. Till a definite treatment is developed, patients can do more for themselves than they know. Improving their diets, refraining from alcohol or drug abuse, getting adequate sleep, exercising etc have proven to be very useful when combating neuropathic pain. Moreover, as mentioned earlier, these conditions only worsen with time if not treated properly, so anyone who has the slightest of symptoms should consult with a doctor. It is always better to be safe than sorry.